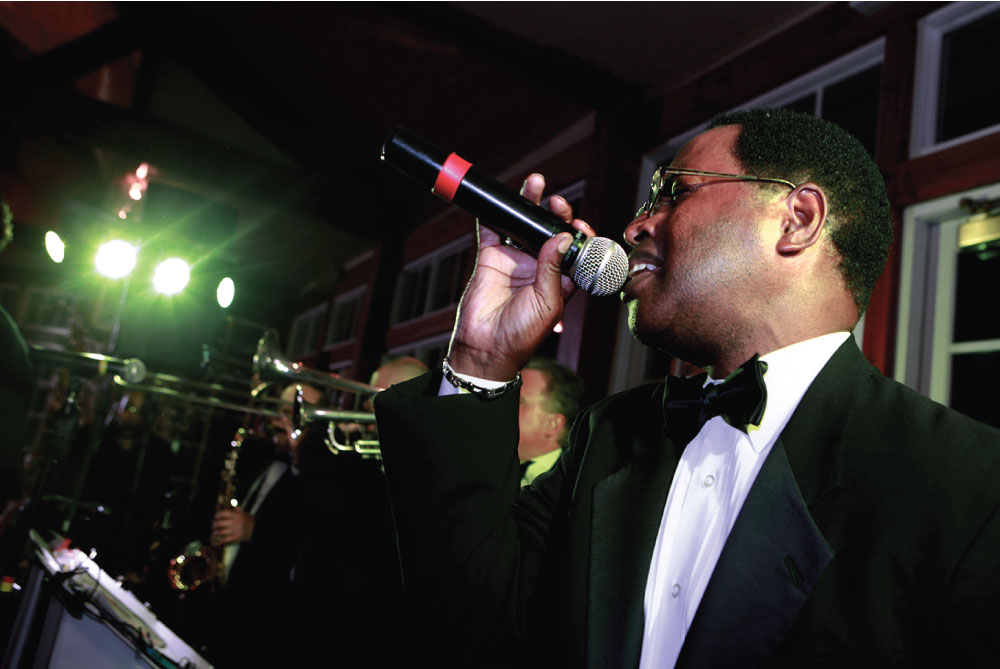 Oct. 11, 2013 – PARAMUS, N.J. — The Walter Reed National Military Medical Center in Bethesda, Maryland was the scene of a very special event on Thursday, August 1, when the Craig Scott Orchestra entertained a group of “Wounded Warriors”, their families and hospital staff.

“We met some Wounded Warriors at The Friars Club in New York City and were so moved that we decided we wanted to do something for them. We approached the club’s Gift of Laughter Foundation and they set it up,” said Scott Hornak, CEO of Craig Scott Entertainment. The 11-piece orchestra and its sound crew traveled to Bethesda by chartered bus and were joined for the show by The Stone Brothers and Broadway legend Len Cariou. They performed for 90 minutes to a delighted crowd, playing a wide variety of material – from standards to Motown to current hits – concluding the show with Journey’s “Don’t Stop Believing” and, of course, Lee Greenwood’s “Proud to be an American.”

The orchestra is Craig Scott’s original, and flagship, entertainment offering and this night it consisted of bass, drums, guitar, keyboard, 2 trumpets, trombone, sax and several vocalists – including a Sinatra-style singer and male and female R&B artists. “We wanted it to be uplifting and inspirational for everyone,” added Hornak, “and we’re so glad we did it. On the way home after the event, everyone on the bus was saying how good it felt that we’d done something to make people feel better. We’ll definitely be looking to do more of the same.”